Skip to content
Do It Yourself Electronics Hobby Circuits Mini Projects

You may watched the stumps used in the cricket match from the  2015 ICC world cup have the flashing LEDs, when the ball hit any one of the stump then LEDs in the bails & stumps will start flashing. 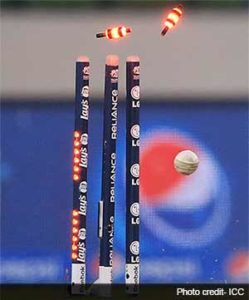 Here in this article simple and easy to make stump and bails LED flasher circuit is given. (not for commercial use, zing has patent) 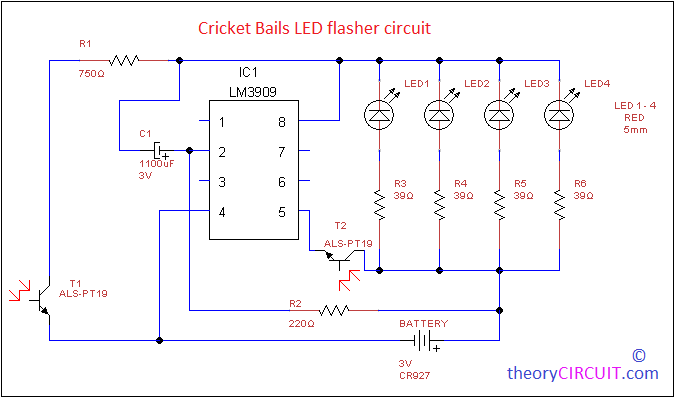 Position of Sensor in Bails

Here the LED Flasher/Oscillator IC LM3909 gives pulse output when the power supply applied to the pin 5 and pin 4. Two ambient light sensor (ALS-PT19) placed in both corner of bails, when the bails placed on the stumps there is no possibility to sense the light and sensor acts as a open switch (T1 and T2), so the power supply can not reach the flasher circuit. When the ball hits the stumps then the bails might floating in the air so that sensors in the bails are gets expose to the light and it acts as closed switch (T1 and T2) due to this bias from battery reaches the flasher circuit and so that LED connected at the output glows alternatively.

This circuit contains IC1 LM3909, ALS-PT19 sensor, Four RED LEDs (5mm) and few passive components. It can be easily constructed and placed inside the tiny bails without requiring more space. Use CR927 battery or you can use tiny battery cell to make fit in your bails size.

Sensor and Circuit position in Stumps 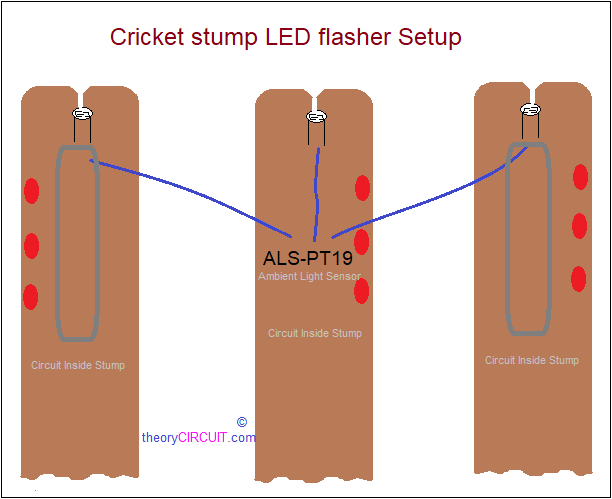 Three stump placed with the same circuit given here. 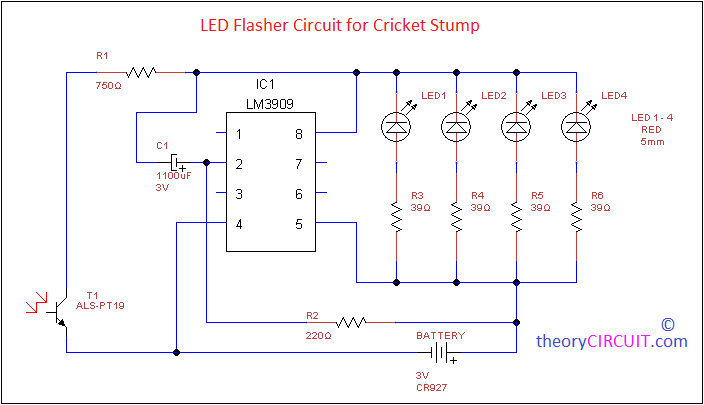 Each stump placed with ALS-PT19 as a sensor and switch for the Flasher/Oscillator IC LM3909, on top of the stumps two bails are placed to cover three stumps, when the presence of bails light sensor (ALS-PT19) couldn’t get light hence it reacts as open switch and the LEDs are in off state.

If the ball hits the stump then the bails might floating in the air hence there is lot of possibility that light sensor exposes to the light hence the light sensor reacts as Closed switch device then this circuit gets the bias and produce pulse at output pin, then the LEDs connected at the output glows alternatively. 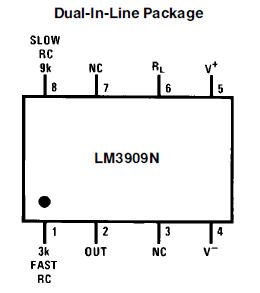 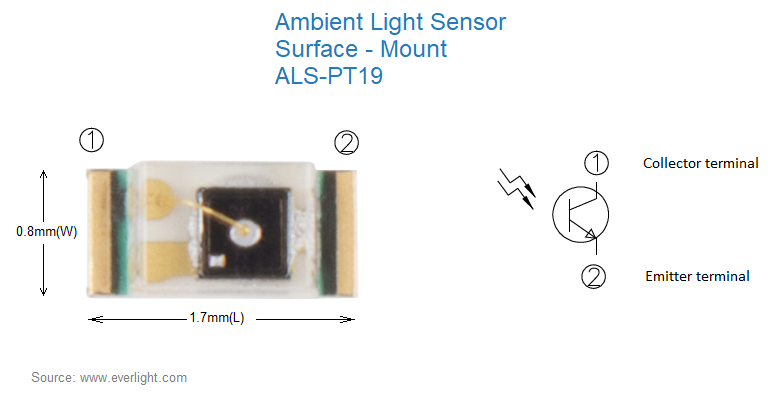