The science of electronics Deals with the movement of electrons. Today we are living in modern world consists of so much electronic gadgets, no one can imagine a life without electronics. 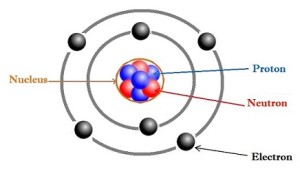 We know every atom has electrons some materials like semiconductors has free electrons, these free electrons are can move under the influence of magnetic field or electric field or by some other physical quantity like “light, vibration, heat etc…” with respect to the characteristics of these material or semiconductor electronic devices are made.

Electronic devices or components conducts electric field by the movement of electrons, In electronics domain components are classified as two basic groups like Passive components and Active components. 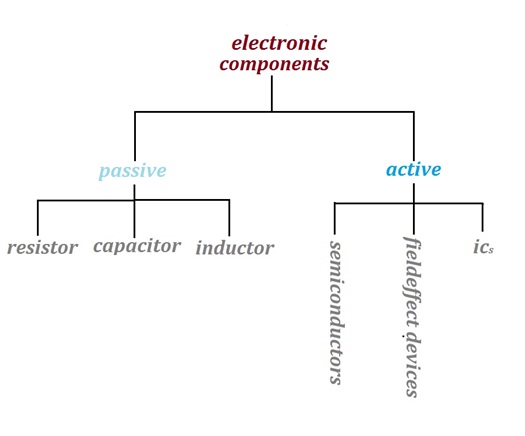 Does nothing on power, phase, frequency and etc…. Passive components does not need any power to operate but when we apply power(alternating supply or direct current supply) it reduce the amplitude or reacts like barrier to the voltage and current, some time passive components stores electrical energy as a magnetic or field charge and discharges. It consumes power but does not increase power.

Typical passive components would be resistor, capacitor and inductor.

Now we can see the basic passive and active components that are very essential for every electronics gadgets. 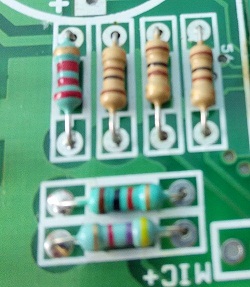 The passive device having resistance (Ω ohms in unit) is known as resistor, This component is used as a barrier to the current and voltage flow in a circuit. Resistor or resistance can be denoted in many graphical formats as follows

Resistor always has two terminals (but no polarity), sometimes three terminals if the resistor is variable. Normally passive resistor component value is measured with the help of resistance colour code. If the resistor component is SMD (surface mounting device) then we can calculate resistance with the help of numbers written on it. Resistor have another variation in power (watts in unit), depends on size of resistor the power varies. 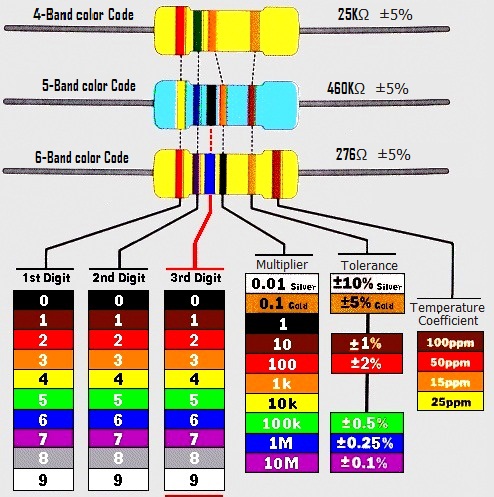 By using this colour code chart we can find out value of resistors. Colour code of resistor may be in 4-band and 5-band some times 6-band (the number of colour band varies depends on manufacturer of resistor. 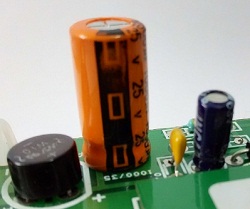 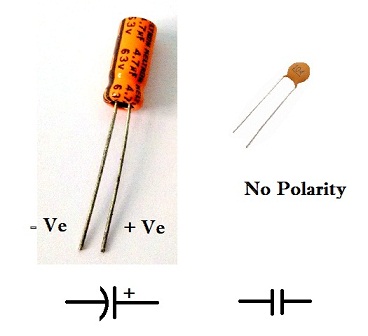 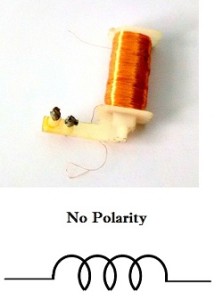 It’s a passive electronic component that stores energy in the form of a magnetic field. The inductors are commonly used for resonant or filter purpose in electronic circuits. Depends on the need and value (Henry in unit) different kind of inductors are used in circuits.

For special purpose ferrite core is being used for inductor. The value of Inductor (Henry in unit) is depends on inductor material SWG (Standard Wire Gauge), number of turns, space between turns, diameter of turns, and core type.

This two terminal (Anode ‘A’, Cathode ‘K’) component works in two bias conditions, by using this characteristics we can develop many applications. 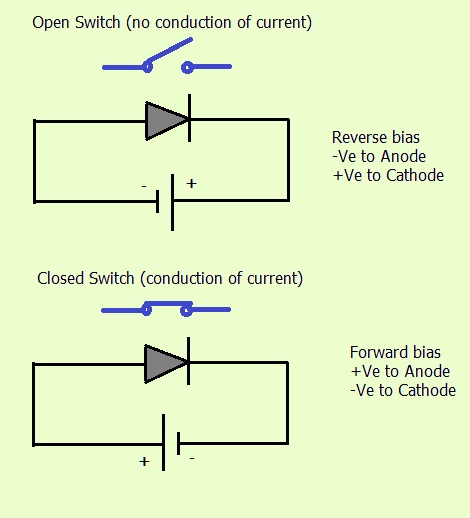 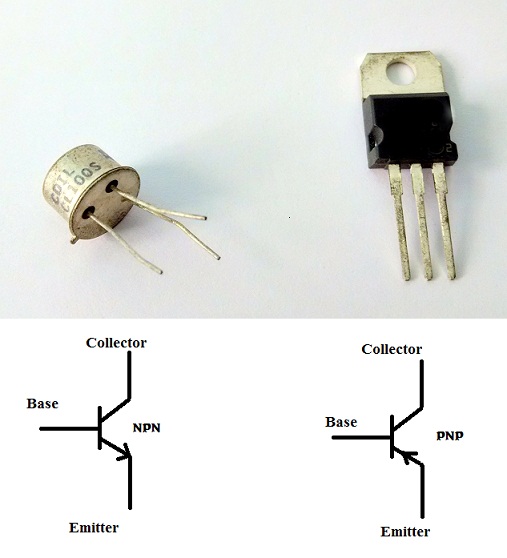 The electronic component having three layers (NPN or PNP) and two junctions (J1, J2) and transfers resistance between two circuit is known as transistor. This component used for amplification, switching, modulation, etc… 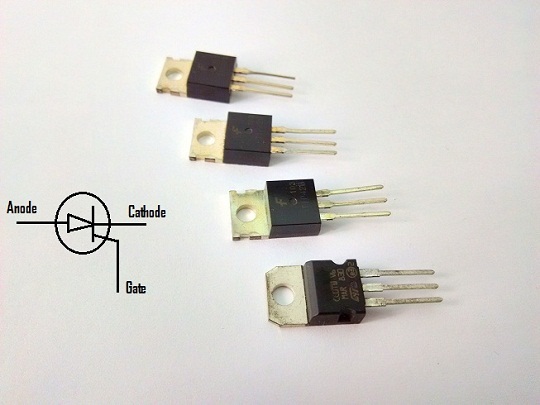 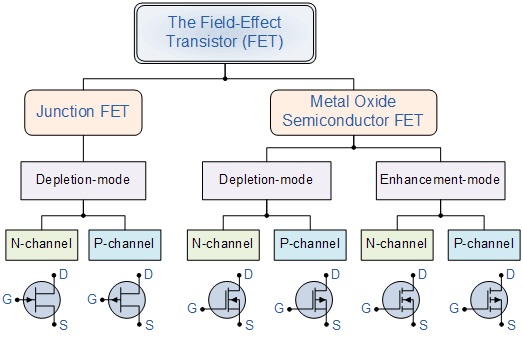 These special purpose semiconductors used for high power, high frequency and specified application. If we start discuss about these components we need whole day … 🙂 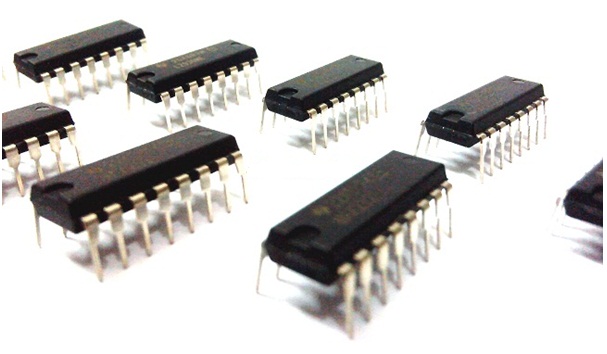 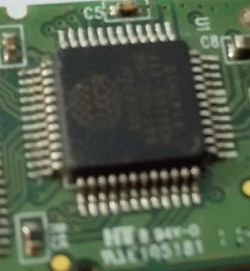 Integrated Circuits are comes in different size and different package, it fully depends on application of that particular IC. As a electronic circuit designer we need to figure out pin and signal diagram of integrated circuit but this is not a easy job. 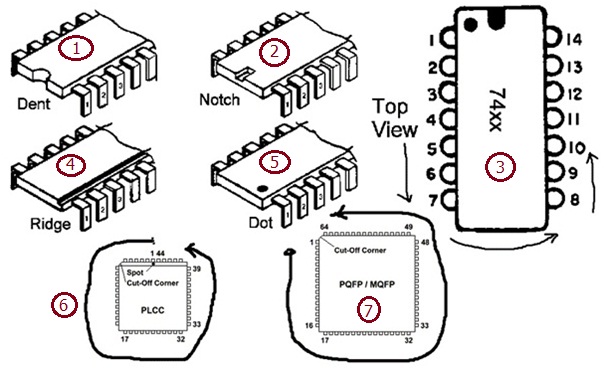 In any package of IC there is an option to identify the pin numbers, if you are using DIP (dual inline package IC) then find dent, notch, ridge or dot and put that IC in position like the picture #3 shows, here the left top pin should be number 1. If you are using QIP (Quad inline package IC) then find spot or cut off corner with dot and keep the cut off corner in left side as the picture #6 and #7 shows. Then you can easily point out the numbers of pins.

Electronics engineers, makers, designers and hobbyist are using bread board to design and prototype the circuits.

It is being used worldwide, here you can assemble circuit which you want without any soldering or correction of pins, after completion you can get back your components without any damage.

The term PCB stands for printed circuit board, here the picture shows dot or general purpose PCB. By using this board you can assemble and solder your circuit for fixed or permanent usage. The fine approach to the circuit assembling is checking operation of circuit and components in bread board and assembling in dot board. 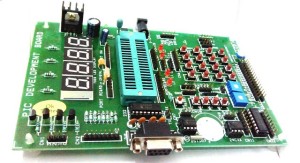 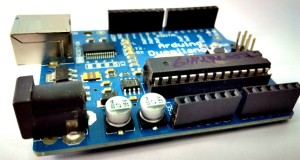 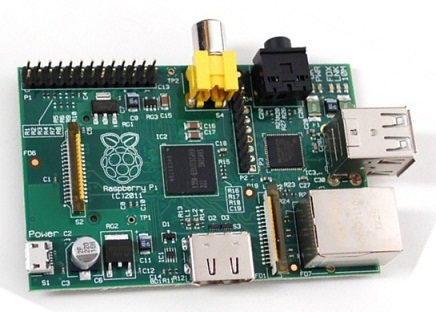 These open source development boards are makes electronic designing interesting and easy that ever before. These boards are very easy to handle and plenty programs, instructions, examples are available over internet.