When we use discrete components in circuits either we connect in series or parallel to the Power supply. This article describes about Series Resistor, Parallel Resistor, and Series Parallel Capacitor connections.


By using simple Calculations we can find the total Resistance and Capacitance Value in circuit. 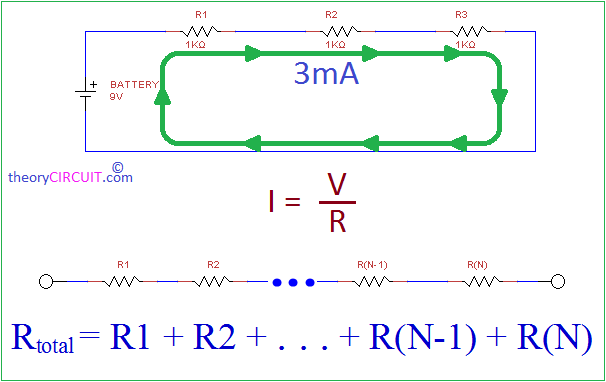 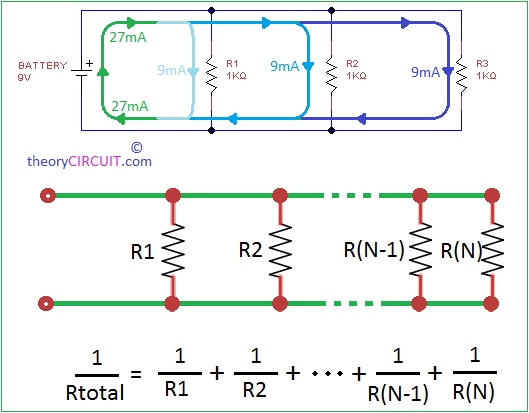 Total resistance value can be Obtained by formula stated in diagram. 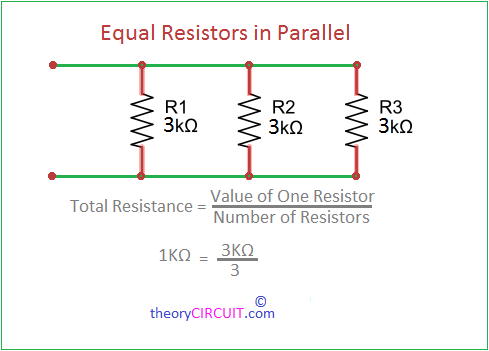 When same Value resistors connected in parallel then you can calculate total Resistance value by divide value of one resistor by number of resistors. The circuit contains three 3KΩ Resistors by dividing 3K by 3 gives 1KΩ Resistor value. 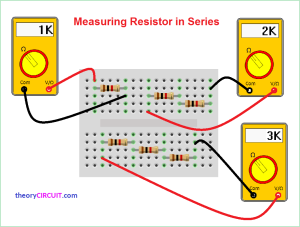 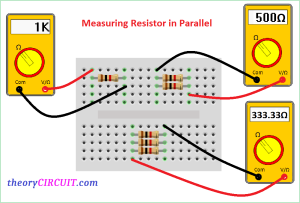 Bring the calculations into experiment to do this you need a bread board, bunch of Resistors and Multimeter enabled with Ω measurement.

Connect the resistors on bread board in different way as shown in pictures and take multimeter and measure the resistance value, by the way check the theoretical value by using corresponding series, parallel formula.

Connecting Capacitors in Series makes the reduction in total Capacitance value, you can calculate the total capacitance value of series circuit capacitors by using formula stated in picture. You may ask why reduction happens to the capacitance in series connection, Answer for your question is here. 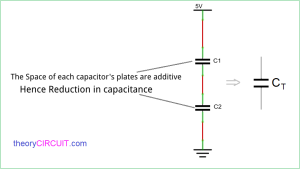 The space of each capacitors plates are additive hence Value Reduced in total capacitance. 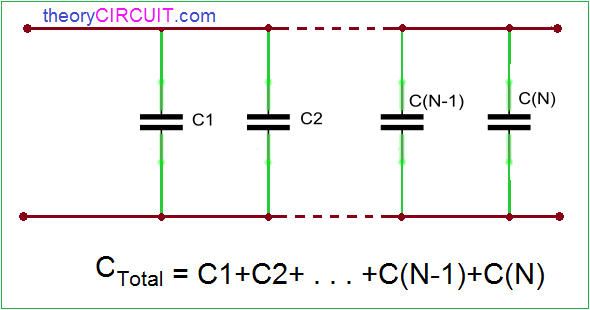 When Connecting capacitors in parallel connection each value added together and the total capacitance value gets increase.