Skip to content
Arduino Projects Do It Yourself Home Microcontroller

The Hall Effect sensor involves in contact less sensing to count the number of revolutions of a wheel (digital speedometer), Motor speed and position control and more position detection circuits. This sensor made easy to measure accurate position and steps of rotating device.


Hall effect sensor detects Magnetic flux and gives Hall Voltage differences according to the direction and strength of magnetic flux.

What is Hall Effect? 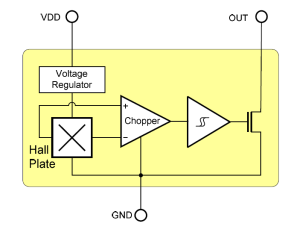 The Hall Effect sensor available in two categories they are Linear output sensor and Digital output sensor. Schmitt trigger block is available in digital hall effect sensor, Output signal of linear sensor directly taken from the operational amplifier, it gives amplified Hall voltage from the Hall plate. Schmitt trigger conversion takes place if we use digital output sensor. So it gives ON and OFF states according to the Hall plate output. 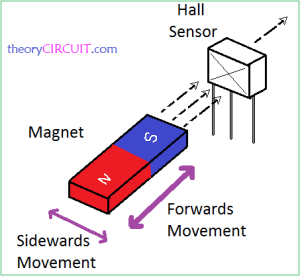 The Hall Effect sensor detects magnetic flux from permanent magnet  attached to a moving shaft or device, and also it is sensible to different types of magnet movements such as “Head-on, Side Way, Push-Push or Push-Pull” etc..,

Depends on the Magnet polarity, flux strength and air gap between magnet and Hall effect sensor the output hall voltage gets varied.

Here the illustration given for example operation of hall effect sensor, the magnet is essential for the hall sensor operation, permanent magnet available in different size and forms so we can use according to our needs. 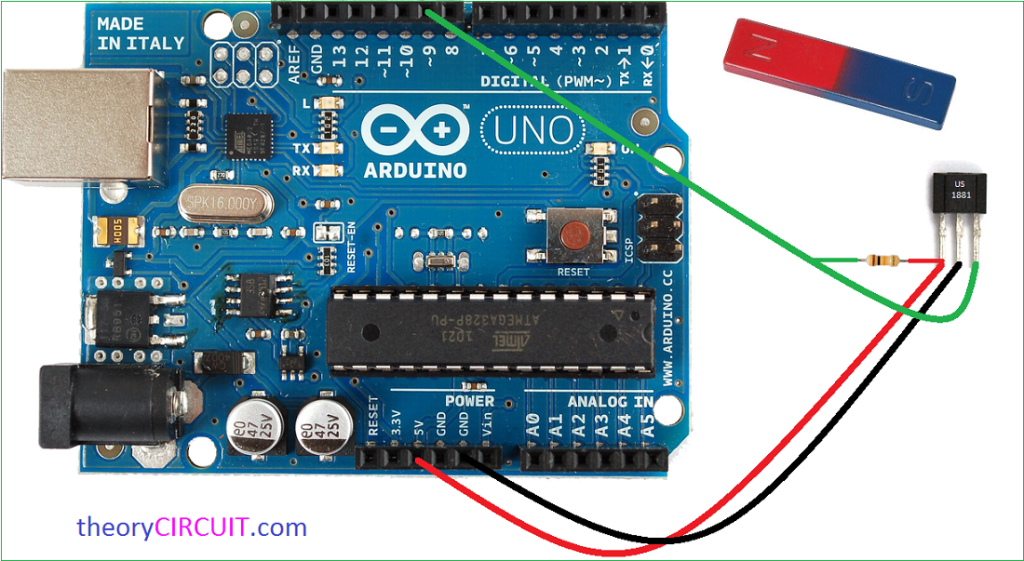 As shown in the hookup diagram connect the Hall Effect sensor with Arduino board, here we used US1881 digital out hall sensor and permanent bar magnet. This circuit can be used to detect the magnet present and absent and also movement.