To detect movement or motion of person the simple PIR (Passive InfraRed) circuit can be used, it gives reliable output than simple photocell or photo diode circuits. This Simple PIR sensor circuit designed with few components. 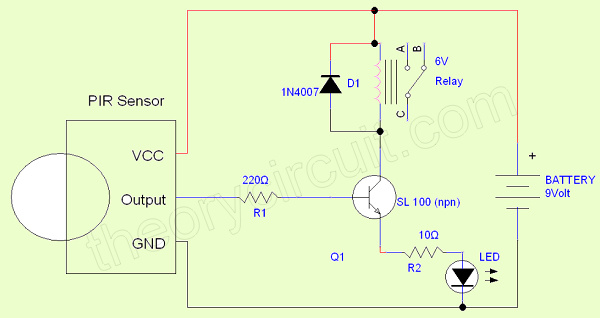 This circuit constructed by one PIR sensor, a switching transistor SL 100, one Relay switch and indication led, when the sensor detects the motion towards the sensor surface then it enable current flow through the switching transistor, then the relay automatically turned ON. (we can connect buzzer or alarm device in relay or instead of relay to create motion detector alarm). The LED indicates the movement detection visually, it remains off when there is no detection by PIR sensor.

The PIR sensor has two parts one is IR (Infra Red light) emitter and another one is IR receiver, the IR light emitted through the plastic enclose and the Reflected IR from person or object detected by the receiver. This is how the motion detectors and PIR sensor works. 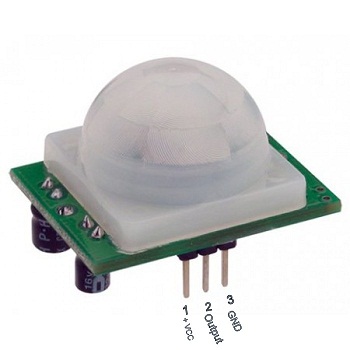